Damn it, it’s Monday instead of Sunday again. I got NOTHING done yesterday. I blame the clocks “springing forward”… and the Muppets. Most of my Sunday was spent obsessing over Muppets.

I finally got around to watching The Muppets, which was just… joyful. It was everything good and it had so many of my favourite things!

So, instead of analysing such gems as make your cake look like forest with fairies and little faces are called pixie faces, or answering questions like is jensen ackles a redneck?, this edition of Search Term Sunday is all about the Muppets.

when it seems impossible never ever give up and help family

Pretty much the mission statement of all Muppet movies!

Want to know how to? Watch these… or the Muppets.

modern woman and we can do it women and happy women’s day! 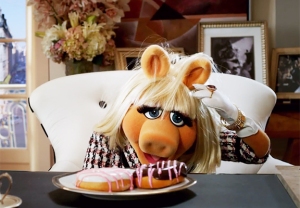 animals should definitely not wear clothing 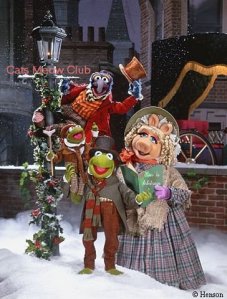 The Muppets would probably disagree. Though there are some naked ones.

I think those are smiles.

but i need someone different

Walter is as different as they come! Especially when he dresses up like Kermit. 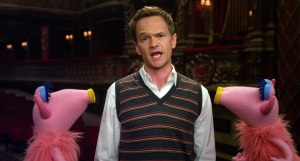 Hey Rico Rodriguez, Kermit may not know who you are, but we do!

Sure, this is a line from one of Miss Thropist’s favourite episodes of Supernatural but it’s also a good opportunity to display some tea-partying Muppet babies.

He thinks the news is ridiculous.

AKA one of the reasons Kermit may be hesitant about settling down with Piggy.

thats what you get bunny for stealing our eggs

I’m not sure what Camilla is giving away, but I don’t think I want any.

‘Cos I’m assuming she had a thing for Muppet milkmen. 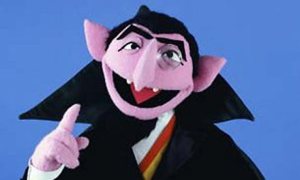 I want to write this essay! Or maybe just watch the episode again…

2 thoughts on “Am I search term… or Muppet?”