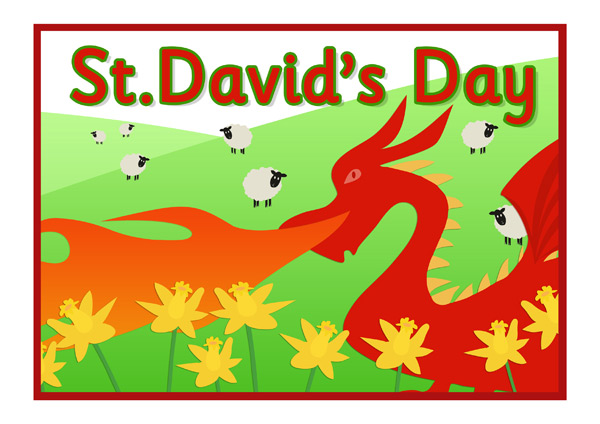 Happy St David’s Day, the feast day of the patron saint of Wales. It’s normally celebrated with daffodils (which I dislike for being intensely ugly) and cawl (which I don’t know how to make), so I suggest an alternative way of marking the day.

I thought we could instead admire a list of my ten favourite Welsh characters from the world of pop culture!

This British sitcom, often compared to Friends, was about a group of thirty-somethings who spent a lot of time sitting around chatting about their lives and drinking. Not only were the lovely Jack Davenport and Gina Bellman two of the main cast members, Coupling also featured Richard Coleman as Jeff, the resident Welsh weirdo (at least until the fourth season).

His preposterous stories, random musings and botched attempts at hitting on women provided a lot of the show’s humour, and essential respite from the sometimes shrill whining of the other characters.

Check out some clips of his bizarreness!

Diana Wynne Jones’ novel about a girl called Sophie, from a magical kingdom called Ingary, who ends up in a moving magical castle (complete with portals to other lands) owned by the self-obsessed wizard Howl, after being cursed by the Witch of the Waste, is lots of fun. I think the original is better than the screen and stage adaptations, because there’s a subtle humour derived from the fact that Howl is actually a Welsh rugby-playing doctoral student called Howell Jenkins. Despite the fact that Ingary has all the trappings of a typical fantasy land, it’s Howl’s “conventional” home town that’s made to seem mysterious, lightly playing with the conventions of the genre.

Also Howl’s clearly a hottie in any medium, and he deserves appreciation for that if nothing else.

Being as I’m a huge Thomas the Tank Engine fan, I don’t think it’s a huge surprise that I also like this sweet animated series about a small green Welsh locomotive. It was created by Smallfilms– the company responsible for other (British) children’s favourites, like Bagpuss and The Clangers. Since the episodes of Ivor are very short, I suggest you get stuck in! They were remade in colour (black and white is so 1960s), so why not start with (the chromatic) episode one? Be warned though, its soothing style could become addictive! And/or check out the adorable tie-in books.

It’s also all very Welsh, with characters called Dai, Jones and Owen, and lots of Dylan Thomas’ influence flying around. 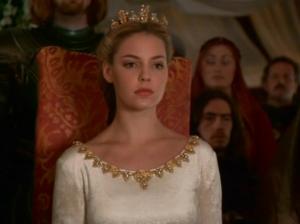 I strongly suggest that everyone ought to check out this 1997 film! It stars a pre-True Blood Stephen Moyer as Prince Valiant, and is based on Hal Forster’s long-running Arthurian comic strip which also spawned an animated television adaptation in the ’90s. The film’s also boasts Katherine Heigl back before Grey’s Anatomy and even Roswell, as Lady Ilene, whom Valiant (an inexperienced squire masquerading as Sir Gawain) is supposed to protect.  The whole thing is utterly ridiculous, but in a fun way.

Ilene herself is kind of a badass, who wants to be a knight too and doesn’t think it’s fair that she should be treated differently because she’s a woman, which is far more interesting to watch than your typical damsel in distress.

I’m not a huge Little Britain fan, I find the sketches annoyingly repetitive and while there’s a few characters and scenarios that are genuinely funny there’s also a lot of mediocre stuff. Plus I find the fact that when I tell people I’m British they often start shouting lines from Little Britain at me (if they’re not screeching “Manchester United!” repeatedly anyway) tiresome. I just think that they ought to bugger off and watch The League of Gentlemen instead! That being said, Matt Lucas as Daffyd, the (wannabe) only gay in his Welsh village, is definitely one of the show’s best inventions.

Still, not a patch on Geoff the first-time cottager from Monkey Dust.

The Futurama episode ‘Where No Fan Has Gone Before’ boasted most of the original Star Trek cast as guest stars, except James Doohan who’d played Scotty. So a new character, Welshy, was invented to replace him (apparently because Doohan lacked the yodeling skills necessary for their musical reunion specials in the 2200s). Although Welshy might not have been a particularly important character in the episode, and he only has a couple of lines (in Welsh!), I love the fact that he exists.

Plus I enjoy the fact that he totally fulfils the redshirt stereotype with aplomb.

This ancient witch, from the broad valleys of Wales, was one of the four founders of Hogwarts. Helga was renowned for her egalitarianism, as well as her charm skills. Unlike the other founders who considered a specific quality to be particularly important, Helga was happy to accept all students and teach them well. She sounds like she would have been a lot easier to hang out with than some of her peers!

There’s also a suggestion that Godric Gryffindor might have been Welsh, and that Godric’s Hollow (where Harry’s parents lived) was originally envisaged as a Welsh village. However, it’s established as being in the West Country in Deathly Hallows, making Helga all the more important as a symbol of Welsh magic.

This television series about a mystery solving Welsh monk was based on a series of books (also adapted for radio) written by Edith Pargeter, who also won awards for her Czech translations. Brother Cadfael’s an interesting character- because he only entered the monastery in his forties he has plenty of life experience and useful skills from being a soldier, sailor, sinner, traveller, crusader, wool-trader’s servant, and so forth.

Cadfael’s inquisitiveness and observational skills strongly remind me of the friar-cum-investigator William of Baskerville from Umberto Eco’s novel The Name of the Rose. Is there a  monk detective trope that I wasn’t aware of?! There is a detective show called Monk after all…

There’s loads of X-Men, which isn’t all that surprising when you consider that comics are a more flexible medium than television and film in some ways (fleshing out a world with lots of characters doesn’t have to be costly), and that the X-Men have been around since the 1960s.  So maybe that increased the odds of them having a Welsh character? Whatever the reason, Pixie (aka Megan Gwynn) is one of them, complete with wings (which allow her to fly), pixie dust (which causes hallucinations) and the ability to wield magic (which, as you can imagine, comes in handy).

If you’re suddenly possessed of an insatiable urge to look at lots and lots (and lots) of pictures of Pixie, and don’t have any comics in which she features heavily to hand, I suggest you head on over to this tumblr.

This is a very sweet film about the conflict between dispassionate cartography and community pride in a Welsh village during World War I over the arbitrary distinction between a mountain and a hill. Tara Fitzgerald is adorable as Betty from Cardiff, whose role is to seduce and distract the more junior English cartographer (played by Hugh Grant, who manages to be a tad less annoying than usual).

She’s clearly more than ‘just’ a maidservant, and the events of the film make her realise that she’s capable of far more than she realised, even if she can’t talk posh for long and hasn’t been to Abyssinia.

Tell us about your own favourite Welsh characters in the comments!

One thought on “Princes of Wales”