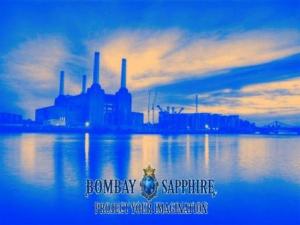 Book Slam is a “literary nightclub/cabaret” and, in mine and Time Out’s opinion, one of London’s best nights out. I’ve been going for just over three years now. In that time, I’ve witnessed – and met – dozens of inspiring authors (Zadie Smith! Simon Armitage!), enjoyed magical music (Eska!!) and even learned to appreciate performance poetry. (I’ve always been averse to verse, perhaps irrationally.) I constantly wish it could happen somewhere more accessible (i.e. not Kensington suburbia or Clapham), but am usually willing to make the effort, especially if someone special is going to be there.
So I was very excited when I learned that Bombay Sapphire was teaming up with Book Slam as part of its alluringly named “Imagination Series”. There would be gin, my favourite! Bombay Sapphire is my favourite kind of gin! It would be in Shoreditch! My favourite area! With my favourite League of Gentleman, Jeremy Dyson, the fabulous Eska, as well as the reliably amusing Joe Dunthorne. (His books are so funny that I’m coming around to forgiving him for saying I had a small penis. Long story.) And freeee! Also my favourite! Me and Miss Thropist applied for tickets sharpish. August 4 coincided with our dear friend’s birthday, so we took her (and Mister Meaner, for some reason). 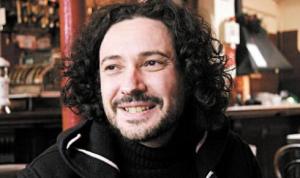 The evening started off auspiciously enough. The queue wasn’t too awful. We got there early, and snagged a decent table. I was pleasantly taken aback by the gloriously blue surroundings – colonial glamour with just a touch of shabby-chic – charmed by the gemstone tokens for free drinks, and definitely impressed by the evening’s cocktails. (I got through an ultimate Gin & Tonic, a French Martini and a Bramble.) The dudes with the promised “culinary delicacies” did have to be slightly bullied to give us shiz, but I’m used to being brazen about canapes. The Newham bookstore ladies were delightful. All in all, I felt as if this edition of Book Slam was something of a reward for my patronage. 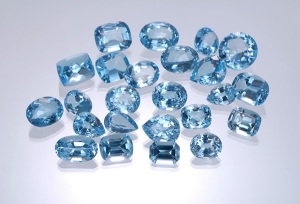 And then it all started to go wrong. The acoustics weren’t the greatest, but the real problem was the audience, whom I realised, after a show of hands segment, weren’t necessarily Book Slam regulars. I don’t think this is a problem in itself, but as the evening wore on, it increasingly seemed that they were just there for the freebies. There was a rumble of inane chatter whenever someone was on stage, particularly the host Francesca Beard, and even Jeremy, which was a huge disappointment. I wanted to hear his story! We were (a little lamely, I do admit) asked to “make tweets” and the twitter feed on display behind Francesca was rather abused with obnoxious comments and boorish observations. Joe Dunthorne and Ross Sutherland managed to reclaim the stage with bags of bombast and humour, but otherwise it was largely downhill. I left just after Ross serenaded Birthday Girl with a hilarious poem – needed to catch last train – but Miss Thropist informed me that Eska stormed off the stage after just one song without warning, refusing to tolerate the audience’s enduring rudeness. I don’t blame her. 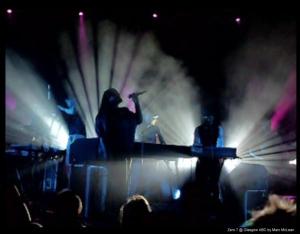 I am glad I went, on balance – there was plenty that was fabulous and I was pleased to chat to Jeremy and thank him for so fantastically adapting Roald Dahl and scaring the beejeezus out of me with League of Gentlemen and Ghost Stories. Birthday Girl’s serenade was top notch, which, combined with my botched attempt to smuggle a candle (let’s just say I was caught light-bagged), meant I left with tears of laughter drying on my face.

But I was truly truly appalled by the bad behaviour on display. Why is it so hard to show a little respect? To shut up or at least speak quietly when someone’s doing their thing? Everyone looked so lovely and dapper, I was shocked by the poor manners that lurked beneath the vintage dresses and shiny suits. Joe, perhaps with remarkable foresight, did a little bit on Poetry Etiquette – maybe he ought to have continued schooling the naughty attendees. Sent them to the corner and taken away their gin.
What do you define as acceptable behaviour at a live event? Is it really that complicated? Or should we just blame it all on the gin? 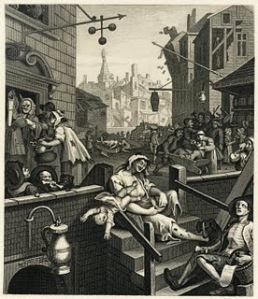 3 thoughts on “The palace of gin and sin”