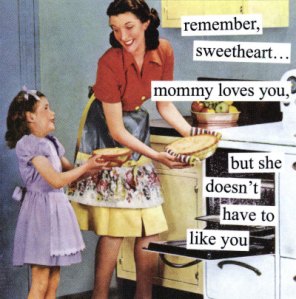 Happy Mothering Sunday! I hope y’all got up nice and early to steal flowers, scribble in cards and cobble together breakfast for the one that made you. Sadly, my Mummy Dearest is thousands of miles away, across oceans and mountains, so I’ve had to try and think of another way to show my love.

As any regular reader will have realised, TV is never far from my thoughts. TV is PCP’s religion, after all. So, as I thought about all the things I loved about my mother, all the things that made her so fab, I began to think about the multitude of small screen mums that weren’t so lovely and fab. For every apple-pie-making Marion Cunningham, there’s at least 10 mothers who would make out with your boyfriend/best friend or serve you arsenic pancakes. Not that I’m complaining – bad mothers make for goood tv.

So, Mum, here are 10 TV mothers that make me love you more than ever! (I certainly wouldn’t trade you for another – not even for Mrs. Cunningham.) 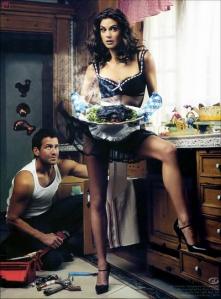 You can’t swing a cat in Wisteria Lane without hitting a bad mum. There’s murderesses, terrorists, baby-stealers, alcoholics, child-abusers… but Susan takes the cake. (Which she would totally burn to a crisp, of course.) Her biggest parenting crime is to rob her daughter of a childhood. Poor Julie is forced to serve as bemused confidante as the codependent Susan parades an endless stream of unsuitable lovers and gets into scrapes around the neighbourhood, falling naked into bushes and whatnot. After Julie successfully flees the nest, Susan moves a hooker into the family home. It’s not the presence of young son M.J. that pushes her to rethink the inapropriate living situation but the possibly wandering eyes of hubby Mike. And then there’s the webcam career… 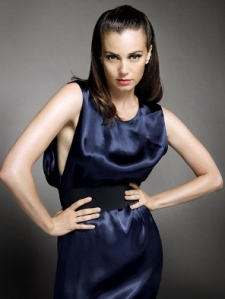 Isobel couldn’t help being a gym-slip mum. In fact, giving daughter Elena up to her babydaddy’s brother and wife, the loving and wealthy Gilberts, may have been one of the best things she’s ever done. Even deliberately becoming a vampire is somewhat understandable, in light of her scholarly pursuits. What is less forgivable is her continuing interference in Elena’s life, especially her attempt to engineer the deaths of the Brothers Salvatore, one of whom is Elena’s boyfriend. Lady, you gave up her up – now back off. 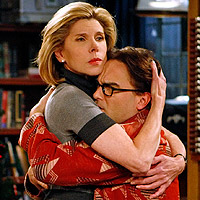 Leonard’s psychiatrist-neuroscientist mother has an acid tongue and stony heart. She’s stingy with hugs, but free with humiliation and unwanted crippling insights – it’s no wonder Leonard tends to be clingy and neurotic in his romantic relationships.  She’d rather share important family developments – like death and divorce – with Leonard’s similarly cold and analytical flatmate Sheldon.  As well as make out with him when drunk. 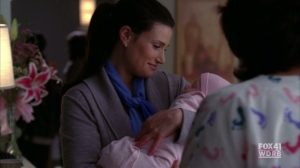 Where to begin with Rachel’s birth mother? After incubating the little songbird in exchange for a fat paycheck, Shelby signed a contract promising to wait until Rachel turned 18 before seeking her out. Unable to wait another year or so, she employs her probably gay star student to woo Rachel and get her to listen to a tape of her singing “I Dreamed a Dream” from Les Miserables. However, when Rachel manages to figure it all out, Shelby decides she can”t be a mum after all. She wants the baby she gave up, not the young woman Rachel has become.  So she scoops up the lovechild of Rachel”s main romantic rival and ex-makeout buddy and disappears into the sunset, with nairy a care for her first daughter’s crushing sense of abandonment. All the star-patterned beakers in the world couldn’t make up for such a cruelly whimsical approach to motherhood. 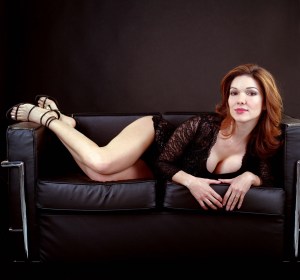 Chuck Bass’s playboy ways make perfect sense when you consider his troubled parentage. His late father was distant and critical, and he never knew his mother, who died in childbirth. Or so he thought.  While visiting his father’s grave, he spies a mysterious woman leaving flowers. She leads him on a wild goose chase, before finally conceding that she is his mother, and was paid by his father to stay away from him. In the end though, it turns out Chuck was far better off thinking she was dead. After worming her way into his heart, she sells him out – and his company – to her secret lover: his Uncle Jack. 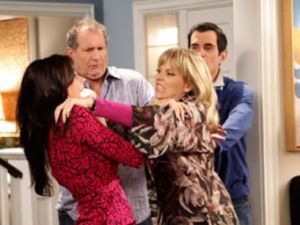 Dede Pritchett is the queen of passive aggression. Her kids Claire and Mitchell are on constant edge in her presence, convinced that she’s always scheming to ruin their lives. Dede delights in gifting Mitchell’s cuddly husband with a salad spinner and sharing tales of Claire’s wilder days with her grandchildren. She took things a stage further by inviting Claire’s high school sweetheart to dinner and proceeded to hook up with him on the doorstep! But there’s nothing passive about her attitude to Gloria, her ex’s new and much younger wife – most of their encounters end in a one-sided catfight. 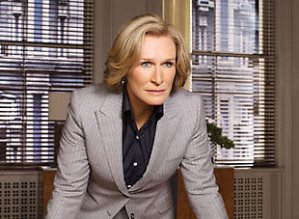 Patty Hewes’ take-no-prisoners approach, so essential to her success as a high-stakes litigator, carries over to her personal life. When she fell pregnant early in her legal career, she forced a miscarriage by doing everything the doctor said she shouldn’t.  Once married, she led her husband to believe he was the father of her son Michael, whom she goes to extreme ends to control. She has his much-older (and pregnant) girlfriend arrested for statutory rape, and he retaliates by trying to kill her. Even her mother-daughter-like relationship with protegee Ellen Parsons takes a dark turn when she (unsuccessfully) arranges the younger woman’s death to avoid being found out for a fatal act of blackmail. 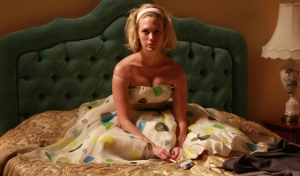 Betty Francis – nee Hofstadt, formerly Draper – is the picture of perfection, a cool blonde and a consummate ice queen. She regards her increasing brood as burdens, and is alternately dismissive and cruel towards them, shutting them in closets and shoving food down their throats. When her daughter Sally is devastated to learn of the death of her grandfather – the only adult who has ever shown an interest in her – she offers no sympathy, instructing her not to be “hysterical” and to “watch TV”. Her bad mothering makes sense in light of what we gradually learn about her unhappy childhood, and we sympathise further as we watch her (now ex-) husband Don embark on a series of affairs and equally ignore their kids. But it doesn’t make it alright, or any easier to like her. Among the many Mad Men, pretty Betty is the No. 1 Crazy Lady. 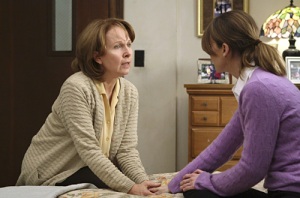 As much as I hate to speak ill of even the fictional dead, Dr. Ellis Grey put Meredith through the  wringer. Her affair with Richard Webber – later Meredith’s Chief of Surgery – results in the end of her marriage and her daughter’s lifelong estrangement from her father. Meredith was particularly traumatized by an incident in which she witnessed her mother slit her wrists in a desperate attempt to win her lover’s attention. Their relationship is further complicated when Ellis develops Alzheimers. She mostly failed to recognise Meredith- and in lucid moments, she expressed a grave disappointment in her surgeon daughter for being “ordinary”. However, she managed to make some amends from beyond the grave. When Meredith was near death herself, Ellis appeared to her as a spirit and told her she was “anything but ordinary”. But was it too little, too late? 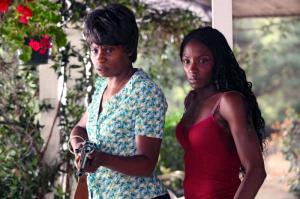 Bon Temps is crawling with monsters – and some of the worst are simply human. Tara endured a terrible childhood thanks to her mother’s violent brand of alcoholism.But when Tara encountered addiction problems of her own, culminating in jail for drunk-driving, Lettie Mae – jumping on the born-again bandwagon – refused to bail her out, leaving her vulnerable to a so-called social worker’s supernatural manipulations. Lettie Mae’s later attempt at reconciliation almost results in Tara’s suicide, as she’s too focused on seducing a married reverend to notice her daughter’s fragile state of mind and continuing grief over the brutal death of the only man she’s ever loved.

10 thoughts on “I wouldn’t trade you for another”