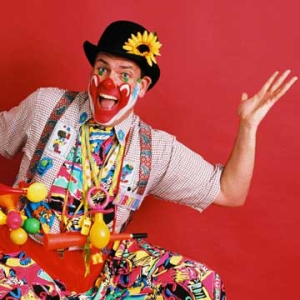 Why the Funny Guy Wins:

In response to Miss Thropist’s article on the Best Wingmen, I thought I’d better get my twenty pence in on character crushes. Or at least why we don’t always fall in love with the character we’re supposed to.

Just like most girls want to think they’re Grace Kelly in High Society, and they’re usually Celeste Holm, we’re meant to fall in love with the main guy, the hero.

Except there’s his best friend, cracking jokes in the background. And he’s always more interesting. So, here’s why the funny (sometimes bad) boy wins…

Did anyone actually want Dawson and Joey to end up together? Maybe the people who have a higher threshold for polysyllabic words than I do. All the self-analysis, urgh. You know what fixed this? Pacey Witter, that’s who. And why was he more interesting than the eponymous protagonist? Well, he spared us most of the self-dramatisation, he was sarcastic, and was (apparently) ‘the bad boy’. Although, this is nineties, small town bad boy, which meant he occasionally skipped school and didn’t go to college. Oh, and he had sex with a teacher. Pssshaw. Pacey was the screw-up who made good, and made us laugh along the way.

I absolutely know that on this site, I’m going to get some crap for running down Jared Paladecki. And it’s not your fault your character was so boring, Jared, really. I’m not blaming you. But  it’s a first season romance. Everything’s boring and lacking in passion. Everything’s going along slowly, there’s the occasional kiss, and then Bam. Enter Bad Boy. Again, the nineties version of a bad boy, Jess Mariano comes onto the scene. He’s apparently a bad boy because he smokes and doesn’t like school. Oh, and sarcasm again. Are we seeing a pattern here? Again, bad boy makes good via some apparent turmoil, but girl goes running scared. Hmm, methinks Joey Potter and Rory Gilmore have some of the same issues here…

I know, Ryan’s meant to be the bad boy here. Slightly less nineties, because he likes school, and his bad-boy characteristics include…erm…having a dickhead older brother who sold drugs, and coming from a deprived background? Oh, he likes to punch people who deserve it sometimes. But the funny guy wins out. Seth is a mahooosive geek, but he provides the quips in between Ryan’s fists of fury, as well as getting the very unlikely love of his life. He actually gets the girl, like, in the end. Although that’s really not Ryan’s fault that he doesn’t- his chick dies.

I’ll admit, I haven’t seen this since season one, but it’s easy to work out. Chase is the cute, nice popular guy we’re all meant to want (and the two girls have issues over) but Chuck clearly wins. Yes, he’s a bit of an arse, but he’s funny. Again, a more updated version of the Bad Boy, with the sleeping around, and drinking and generally plotting the downfall of all other characters to his advantage. Hmm, we really should hate him, shouldn’t we? But no, he’s going to get Princess Blair in the end, surely. Because Bad-Boy-falls-in-love-and-stops-being-bad-but-continues-being-funny is just a damn good character arc.

Skins (The original series- not this teeny bopper shite)

Tony was a dick. There is no way he was meant to be the love interest. And yet, he was probably the most attractive. However, most people who watched the show preferred Sid or Chris. Sid got the pity vote for the most part, and Chris was funny. Both of them got better as they ‘got the girl’, Chris more obviously, and Sid less so (mainly because he couldn’t decide who ‘the girl’ was). The point here is not who the better guy is, because almost everyone in this show was severely screwed up and make the ‘bad boys’ of the nineties look like as lame as a two-legged billy-goat. But interestingly, Tony is as manipulative as Chuck Bass but we actually want him to get hit by a bus. So sometimes, it just comes down to how good you look in a tux, I guess.

Again, a messy one. Nathan’s the main character, and ‘the funny one’, which is a bit different. Kudos,  C4, for a slightly more original idea. Make the annoying, funny one the main character. So clearly, this means, Simon should be the better choice. He’s quietly funny, and crazy nervous. But as bad boys go, he tried to commit arson. Take that, smokers, school drop-outs and manipulative rich boys.

The moral of the story?

Always go for the best friend, let someone else have the main character, they’re never as interesting. When in doubt, the best example? When Harry Met Sally. It took them freakin’ years of banter and confusion to get together. Their best friends however, met up, fell in love, got married and had a better time.

This is my gift to you- never be the main character in your own life story.

3 thoughts on “My Funny Valentines”