It seems fairly standard for TV dramas to throw in a fashionably edgy lesbian fling these days.  And it’s always the most unstable or ‘reckless’ character who dips her toe in the rainbow waters. It’s as if same sex tendencies, while largely a non-issue in themselves, signify irresponsibility, rebellion and anarchy. The OC’s Marissa and 90210’s Adrianna are clearly troubled teens who battle drink and drugs (side note – they’d make a great TV lesbian couple!). Thirteen in House, the bisexual rebel, a difficult and tormented character on a downwards spiral (but don’t worry, she gets back on track as a serious doctor once she’s dating a man again).   Sex in the City’s Samantha, the most provocative, opinionated and controversial character, is the only one to try a lesbian fling.

Perhaps an exception is Alyson Hannigan’s Willow in Buffy, although her same sex relationship does come with a newfound power, an addiction to magic and a brief evil phase. Is it empowerment, or Willow’s bad side?

Maybe it is TV producers trying to show us that they’re liberal and open-minded. Whatever it is, it certainly isn’t realistic. I see sexuality as fluid and I’m sure many women have been tempted by a beautiful member of the same sex, but in reality it’s too complicated, too difficult, too many questions arise – who do you tell and not tell? Are you now ‘gay’?  Is it something you need to tell future partners? The list goes on…but not in TV land. There you can throw in a lesbian romance and it’s not a big deal, just a new person to date.

That said, here’s my top ten TV ladies for a lesbian fling, in descending order of desire… 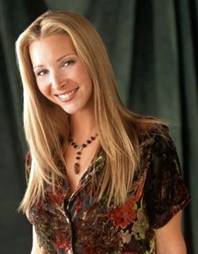 Perhaps obvious and dated, but she’s very much the promiscuous teen blonde who’d be sure to try out a little girl kissing.

She’s so typecast as an edgy bisexual now… she might as well stick to what she’s good at. Hell, she’s convinced me!

A feisty, flame-haired feminist… Zoe’s independent, rebellious and grungy… need I say more? She’s crying out for some “I kissed a girl” action.

The first sexy cool TV feminist I remember encountering. Strong willed and a woman who knows what she wants. If Saved By The Bell was now and not the 90s, I reckon Jesse might have at least had a bisexual encounter. Plus, I’m also thinking about Showgirls….it’s hard not to.

I love her lady-loving mystique that’s always hinted at throughout the series. Is she? Isn’t she? She’s everything I want to be (with) and more! 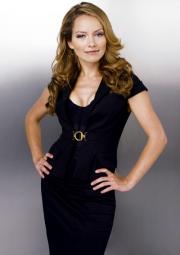 Because I simply adore her. Willow came into her own once she became a lesbian. Of course, it wouldn’t just be a fling with her, it would be a serious relationship… that’s why she’s at number three. 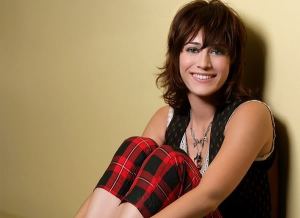 Kat was so damn hot and full of attitude, she had that whole sexy lesbian style working for her too. It would have been just perfect… had The Class sadly not been cancelled. If you prefer you can think of her enjoying a lesbian phase in True Blood, Freaks and Geeks, or my other favourites, Mean Girls and Cloverfield. Damn, she’s sexy. 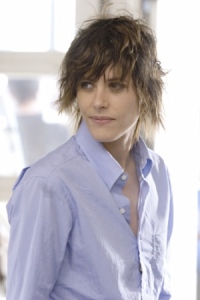 Not a surprising, or original choice, but the ultimate and sexiest lesbian on TV. I heart Shane. If I was to cast someone to play me having a lesbian fling on any TV drama, past or present, I’d pick her every time. So hot, damaged and full of androgyny and bad attitude: Shane is number one.

5 thoughts on “My Favourite Lesbian(s)”